'(09-22) 13:28 PDT SAN FRANCISCO -- Marjorie Knoller did practically nothing while her dogs were fatally mauling a neighbor in a San Francisco apartment hallway, and later blamed the victim for her own death, a judge said Monday in sentencing the former attorney to 15 years to life in prison for second-degree murder. In rejecting a defense lawyer's request for probation, Judge Charlotte Woolard of San Francisco Superior Court said the horrific circumstances of the attack Jan. 26, 2001, far outweighed Knoller's previous crime-free record. Woolard said Knoller had not bothered to put a muzzle on her aggressive 140-pound Presa Canario dog before taking it out of the apartment. Knoller did not call for help, retrieve a weapon or dial 911 while the animal was mauling Diane Whipple for at least 10 minutes, the judge said. A second Presa Canario that Knoller and her husband and law partner, Robert Noel, kept in their apartment may have joined the attack.Whipple, 33, the women's lacrosse coach at St. Mary's College in Moraga, bled to death from at least 77 wounds. Knoller, 53, was paroled from prison in 2004 after serving about three years for involuntary manslaughter, but was returned to custody Aug. 22 after Woolard reinstated the jury's murder verdict. Knoller's husband, who was not home when the attack happened, was convicted of involuntary manslaughter and paroled in September 2003.
Knoller testified at her trial that she did everything she could to save her neighbor. Woolard, however, concluded that she made only "minimal efforts" at intervention and "left Ms. Whipple in the hallway to die alone."She also said Knoller lied repeatedly in grand jury and trial testimony, has never expressed remorse and "blamed the victim" in an interview with ABC's "Good Morning America" 13 days after the attack. In that interview, which prosecutors played for the trial jury, Knoller said Whipple had ample opportunity to get back into her apartment and save herself.Monday's 25-minute hearing included a statement from Whipple's partner, Sharon Smith, who looked at Knoller and declared that more than seven years after "the worst day of my life and the last day of Diane's life, finally there is some justice."
Loaded weapons Knoller "valued her dogs over the lives of her fellow human beings," Deputy District Attorney Allison Macbeth told the judge. She compared the dogs to "loaded assault weapons" and said Knoller had allowed them to roam through her Pacific Heights apartment building with little restraint.Knoller, wearing orange jail clothing, looked straight ahead throughout the hearing and did not speak before being led away by guards. Her lawyer, Dennis Riordan, said afterward that she had numerous grounds for appeal. He cited the court's substitution of Woolard for the now-retired trial judge, Woolard's discounting of the judge's finding that Knoller hadn't known her dog could kill anyone, and a continuing dispute over the application of the murder law to such a case.The crime "is not and has never been murder," Riordan told reporters. He said Knoller's chance of success on appeal "depends on whether we get a judgment that's controlled by law or a judgment that's controlled by San Francisco politics."Prosecutors said it was the first murder conviction for a dog mauling in California history. Dogs owned by inmates Knoller and Noel had custody of the two Presa Canario dogs, which were owned by inmates at Pelican Bay State Prison. On the day of the attack, Knoller took the larger dog, Bane, for a walk on the roof of the apartment building and returned to the sixth-floor corridor when the dog bolted away from her and attacked Whipple as she was about to enter her apartment. Bane's 100-pound mate, Hera, charged out of Knoller's apartment and may have joined the attack.Second-degree murderA jury in Los Angeles, where the trial was moved because of extensive publicity in the Bay Area, convicted Knoller of second-degree murder in 2002 and found Noel guilty of involuntary manslaughter for leaving the dogs with his wife while knowing she couldn't control them. Judge James Warren of San Francisco Superior Court, who presided over the trial, reduced Knoller's conviction to involuntary manslaughter, saying he believed her when she said she had no idea Bane might kill someone.But the state Supreme Court ruled last year that Warren had used the wrong legal standard in overturning the murder verdict. The court said prosecutors seeking a murder conviction for dog mauling don't have to prove the owner knew the dog was likely to kill, only that the owner had been aware the animal was potentially lethal and had exposed others to the danger.The court returned the case to Superior Court to decide whether to reinstate the murder conviction. Warren, who has retired, was willing to handle the case, but the court's presiding judge, Davd Ballatti, instead assigned it to Woolard. He said Woolard could focus on the case, while Warren had other responsibilities in his current job as a private arbitrator.Warnings ignoredAfter poring through the trial transcript, Woolard reinstated the murder conviction Aug. 22, saying Knoller had ignored warnings that the dogs were dangerous and had seen them attack and threaten other dogs and people.If the conviction and sentence are upheld, Knoller will be credited with the nearly three years she was imprisoned for manslaughter, making her eligible for parole in about 10 years.Woolard fined her $10,000 and ordered her to pay $6,800 out of her prison earnings in restitution to Smith.

It's amazing to me that after all of this time and how the dogs were clearly identified as Presa Canario's I still hear people talk about the "pit bulls" that attacked this poor woman. How damaging this case still is. How many times do we have to say that a pit bull does NOT weigh 100+ lbs? How many times do we preach responsible ownership and being aware of our dogs and what they are trying to tell us. They don't just "snap" and attack, they are always giving us signs and signals, we just have to be aware and listen to them.
After all these years...still so very very sad.
Posted by Mary at 10:47 PM 2 comments:

A Memorial to Back Yard Dogs

There are many reasons to be sad and reflective on this anniversary of 9-11 but for some reason my thoughts have turned to the many back yard dogs I've loved and said good bye to in the past years. Dogs who were brought into this world because someone thought their dog needed to experience the "miracle of life", or to make a quick buck on the breed de jour without regard for temprement or health. Through no fault of their own they ended up spending their formative years tied to a tree or left alone in a yard with little if any contact by a loving person to call their own. They weren't beat, they had food to eat maybe even a dog house....wow how lucky can they be, but no one to guide them to become good doggie citizens, no one to give them a good rub down and say "good boy", "what a nice girl". Then one day they became too much trouble, they were digging holes or barking too much so they found themselves at a shelter. Now we have scared, nervous dogs of various breeds and mixes who are challenged to find themselves a home where someone will love them and help them get beyond their rough starts. How do you even evaluate if they are a good representative of their breed when who knows what they are. Shelter life is tough, foster homes are difficult to find and it's difficult enough to convince people how wonderful rescue dogs can be without also convincing them they want to take on an adolescent or older dog who has probably developed bad habits. How many people want to take on a project dog of unknown lineage and all of the baggage that goes with them.
Here's to you Spunky 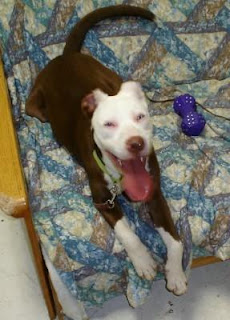 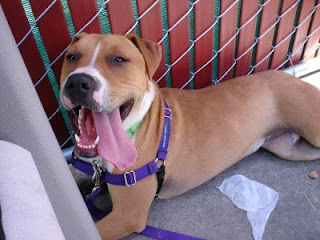 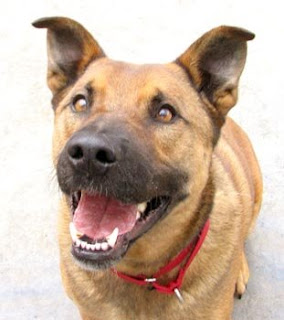 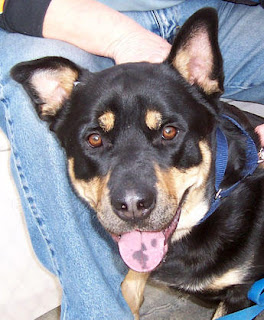 I hope you felt love for once. I know that each of you and so many others have taught me so much.
You will be in my heart forever.
Posted by Mary at 12:00 AM 4 comments: 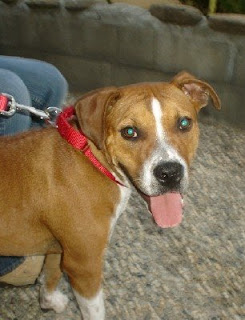 Hi, My name is Betty Boop. I am the first dog in an exciting new venture between Our Pack Pit Bull Rescue and Humane Society Silicon Valley. I am a young girl who came into the shelter as a stray and not too many manners. Everyone at the shelter loved me but didn’t think I would do well in the general adoption kennels. That’s where Our Pack came in. They had me meet two more dogs and thought I did a pretty good job even though I admit I maybe got a bit too excited, but they didn’t have a place for me either. Foster homes are really tough to find they tell me. Well thanks to the creativity of both the people at the shelter and the people from Our Pack they came up with a really good plan. I now “belong” to Our Pack, but I am still living at the shelter in my very special kennel until a foster home is available for little ol’ me. The Our Pack volunteers are making sure I get out every day and meet new people and see new things and my friends at the shelter make sure that I have a warm clean place to sleep. Today I even got to go to doggie school and had a play date with my new friend Dexter. It may not be perfect, but they say I’m doing really well and I’m determined to be a good role model for future dogs who may get this chance. 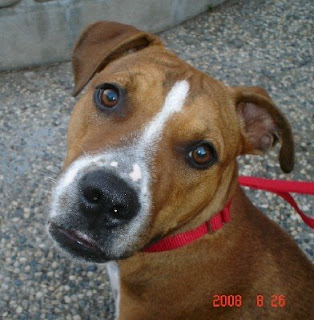 Thank you everyone for giving me this opportunity! I will try very hard to make you proud!
Love,
Betty Boop
Posted by Mary at 12:53 AM 2 comments: 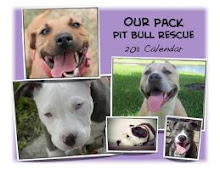